Let’s talk about Instagram. Recently, reach, impressions and engagement have been at an all-time low for many personal AND business accounts, whether you are a blogger like myself, a social media manager for a bigger brand or just someone posting pictures of their dog to their personal Insta. It’s affecting everyone, and there has been one common rumored explanation: an Instagram shadowban on your account!

I am tired of Instagram’s ever-worsening algorithm and tricks, so I decided to put the rumors to the test and see once and for all what can affect reach and engagement on the photo sharing app. 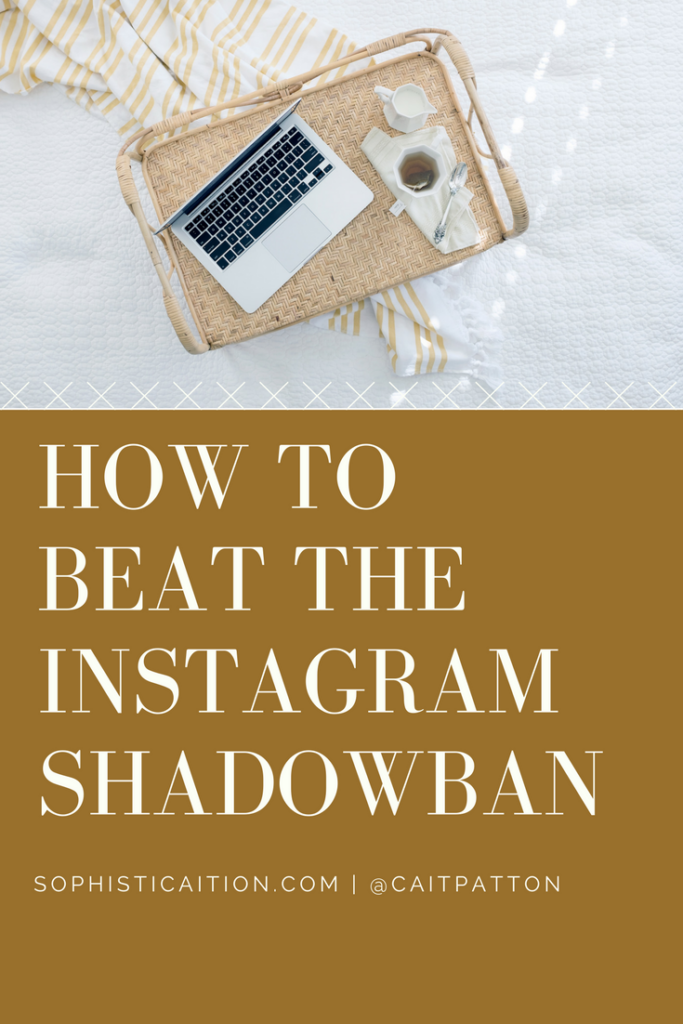 Some quick definitions to get you through this post:

REACH: The amount of people that see your content.

IMPRESSIONS: The number of times that people see your content.

ENGAGEMENT: The interaction between people and your content, generally defined as the number of followers divided by likes + comments on a post.

BAN: A user’s account activity being limited based on behavior deemed inappropriate by moderators or administrators where users are notified.

SHADOWBAN: A user’s activity being limited based on behavior deemed inappropriate by moderators or administrators where users are not notified.

Let’s dive in, shall we?

From the research I have done, the term originates from forum sites like Reddit, where moderators would place a ban on certain users that had been posting inappropriate or spammy content, but the kicker is that the user didn’t know he/she was banned – hence the name “shadow ban.” The user and his/her friends would still see the user’s content, but general users would not.

This type of ban can also be seen on Facebook business pages, where admins can “hide” certain users’ comments – the user and his/her Facebook friends can still see the comments, but normal users cannot! Since Facebook now owns Instagram, it makes sense that maybe this same type of feature could be rolled over to the app.

The theory is that certain users participating in activity deemed “spammy” by Instagram have been shadowbanned, resulting in lower reach, impressions and engagement. Your posts will not appear in the hashtags you place in the caption of your post or in the comments below, and your post will not show up on your followers’ feeds.

RESULT: Instagram has been cracking down on bot accounts and spammy activities to make the app more useful, and it’s not crazy to think that some legit accounts will be accidentally included in the cleanup. I really don’t think Instagram is targeting bloggers and business owners intentionally – this is probably just a side effect of the massive spam cleaning they’re trying to do!

If the Instagram shadowban exists, what behavior causes accounts to be flagged? The likely answer is when you go through and like, comment and follow/unfollow accounts and posts.

Many bloggers and social media managers are guilty of using features like Instagress to automate liking and commenting on others’ posts to try to get followers on their account. This is why you see a ton of awkward comments with emojis that don’t fit with the picture or caption. I got a comment left by a huge blogger’s account telling me how pretty my smile was… on a picture of my shoes. It’s not authentic, it’s spammy, and it’s quite frankly annoying! Instagress and Massplanner go against Instagram’s terms of service and also qualify as spam, so it’s easy to assume that using these sites can flag your account as spam and get you shadowbanned.

On a non-bot scale, lots of bloggers and social media managers also utilize like and comment pods. This works great to drive engagement in theory, but when you get lazy and just comment “so cute!” over and over on people’s posts, Instagram starts to see the repetition and thinks you’re a bot.

RESULT: Any behavior that violates Instagram’s terms of service can cause your account to be shadowbanned, including these activities. Since Instagress and other bot services have been shut down, it’s extremely likely that the loss of engagement is due to the fact that bots are no longer mass liking posts with hashtags as frequently as before! The likes we are getting now is authentic engagement, albeit lower. Spicing up comments also makes your activity appear more authentic and will be less likely to get flagged.

RUMOR 3: Copying and pasting the same hashtags on every post limits reach, impressions and engagement.

Many users who target niches and demographics use the same hashtags repeatedly, and apparently this may be an issue since Instagram could view it as spam. This is especially true if you use the same hashtags even if your content changes. Here’s an example: You are a beauty blogger who posts primarily about makeup and has a hashtag like #makeupaddict in their go-to hashtag list. If you post something that is NOT about makeup, let’s say you’re posting a gram-worthy dessert, putting that #makeupaddict tag on that completely off-niche content would be considered spam!

RESULT: You can use similar hashtags on your niche posts, but try to change at least half of them to fit the specific content.

RUMOR 4: Placing hashtags in the caption versus the comments below drives more engagement.

You hate seeing hashtags in captions, we hate putting them there too. That’s why you see hashtags “hidden” in the comments below. Some users have said they see a difference in engagement when they put hashtags in the caption, and that it beats the shadowban.

RESULT: The hashtags used affect engagement, not where they are placed. Keep hiding your hashtags without worry!

RUMOR 5: Business accounts will automatically get lower reach and impressions due to Facebook’s “pay to play” ownership.

It’s been speculated for a long time that switching over to business will lower your account’s reach and impressions since Facebook wants you to pay for advertising. This is what happened with Facebook business pages. Your organic reach is lowered, encouraging you to boost posts and try to up it. Since Facebook now owns Instagram, it’s likely that the same has happened.

RESULT: It is probable that Instagram has become pay to play. Even if you make the switch to business then switch back to a personal account to “undo” it, you will NOT be able to change the effects – Facebook is smarter than that.

SO, WHAT CAN YOU DO TO FIGHT THE SHADOWBAN?

Ultimately, Instagram is just one part of your business. Let this be a kick in the butt to get working on other methods to drive traffic to your site: Pinterest, Facebook, SEO, StumbleUpon, email lists, word of mouth, etc.