If you were to have asked middle-school me where I’d be at 25, I’d probably tell you ‘married.’

In suburban Saint Louis, women’s achievements seemed to always be about others. At this age, you should get married; at this age, you should have kids. Sure, graduate college, but after that, all you need to focus on is becoming someone’s wife and someone’s mother. It was rare that my friends’ moms worked. Some did, but of that group, many were part-time at churches or preschools. I grew up around women defined by and dependent upon their husbands, financially, emotionally, and quite possibly any other way you’d imagine. Speaking with friends who grew up in suburban Indianapolis, Kansas City, Houston, I learned that their experience was extremely similar.

While I wish that my teachers, my mentors, my environment told me to want MORE for myself than just a ring and a positive pregnancy test, and while I eventually do want both of those things, I understand that a lot of it has to do with what was going on 25 years ago.

But taking it back to 1966, the changes become even more apparent.

My grandma was born in 1941. She turned 25 in 1966, by which point she married with three kids. In the 25 years she had been alive, World War II had ended, the television age began, and women were finally able to start wearing pants. This period is what I was taught to recognize as the start of modern women empowerment. Massive strives for women had been made by the time she turned 25. Small numbers of women were starting to go to college and get jobs outside of homemaking.

The opportunities available to women have continually expanded over the course of her lifetime, to the point where today at 25, I’m the sole owner of two businesses and I pay for my own one-bedroom apartment in Chicago. Women who came before me would likely not have been given the same opportunities because of societal norms for our gender.

I took a class in college that was required for most everyone called “Women and Gender Studies.” I never truly understood feminism prior to that course. I used to think of it as an ideology projecting hate at men, mainly because that was all the exposure I had ever gotten to the word. Feminists were the brunt of jokes both men and women in our social circles told. I was taught that feminists were crazy, men-hating liberals whining for attention. In that class in college, I learned that while every ideology has its extremists, true feminism merely argues for women’s right to equality. If you believe that men and women should be treated as equals, then that’s it; you are a feminist. No men-hating or whining necessary.

Some of my friends from more conservative areas still reject the word. I don’t really understand why it’s so polarizing or “political” to believe that women aren’t men’s subordinates. Looking back even over my grandma’s lifetime, I can see why early feminists may have gotten smeared with a bad rep by scared men in power, and that it may still linger on to this day. My hope is that the time my daughter, niece, or any girl that I love turns 25, the word feminist isn’t something anyone would be ashamed of embracing.

Thank you for following along and helping me celebrate my birthday! You are a fabulous community of supportive women that I love sososo much <3

I'm Caitlin, a Midwest twenty-something turned blogger who shares outfits, inspo, good books and so much more. welcome to my corner of the internet! 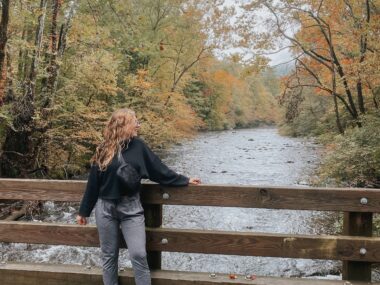 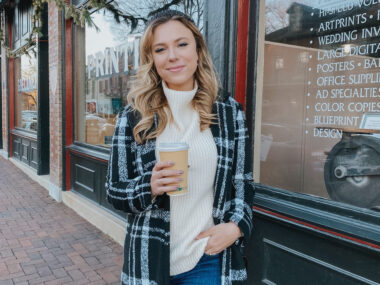